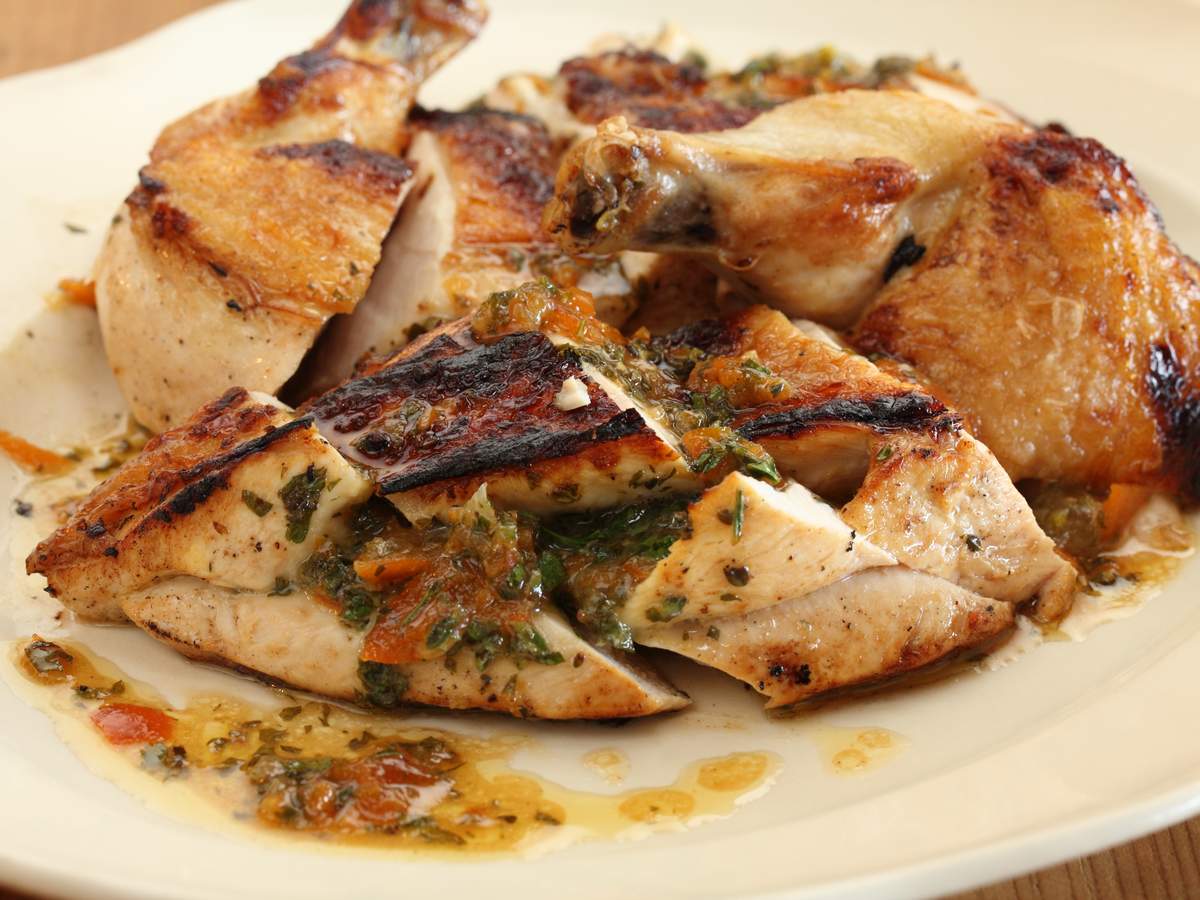 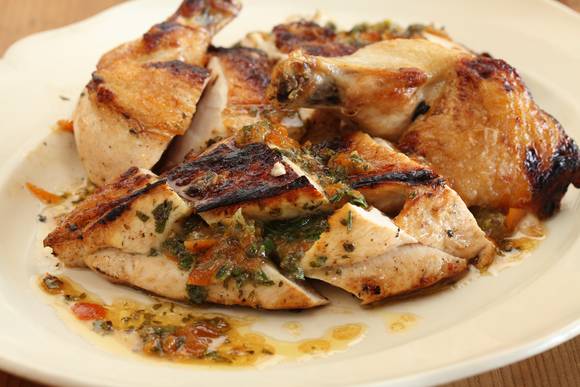 Step 2: Make an incision in each of the chicken breasts to form a pocket for the stuffing, place on a plate and set aside until you've made the stuffing.

To make the stuffing:

Step 3: Place the cumquats and Verjuice into a small saucepan or pot, place over a medium to high heat, bring to the boil and reduce until you have one tablespoon of Verjuice syrup in the pot, this should take approximately 5 minutes.

Step 4: Remove from the heat and set aside to cool.

Step 5: Once the cumquats have cooled, roughly chop them and place into a mixing bowl along with the Verjuice syrup, butter, parsley and thyme, season with a pinch of sea salt and pepper.

Step 6: Fill each pocket of the chicken breasts with a little stuffing - dividing it evenly between four.

Step 7: Place a non-stick pan over a high heat, add two tablespoons of Extra Virgin Olive Oil, and once this is hot, gently place the chicken breasts into the pan skin side down and allow the breast to seal for 2 minutes just to colour the skin. Turn over and seal the other side for a further 2 minutes, then place into a shallow sided baking tray and roast for approximately 10 minutes (this will depend on the thickness of the breast).

Step 8: Remove from the oven, turn upside down and rest for 8 - 10 minutes loosely covered with foil.

Step 9: Serve with some of the pan juices.

Chicken Breast with Cumquat and Verjuice Stuffing appears in