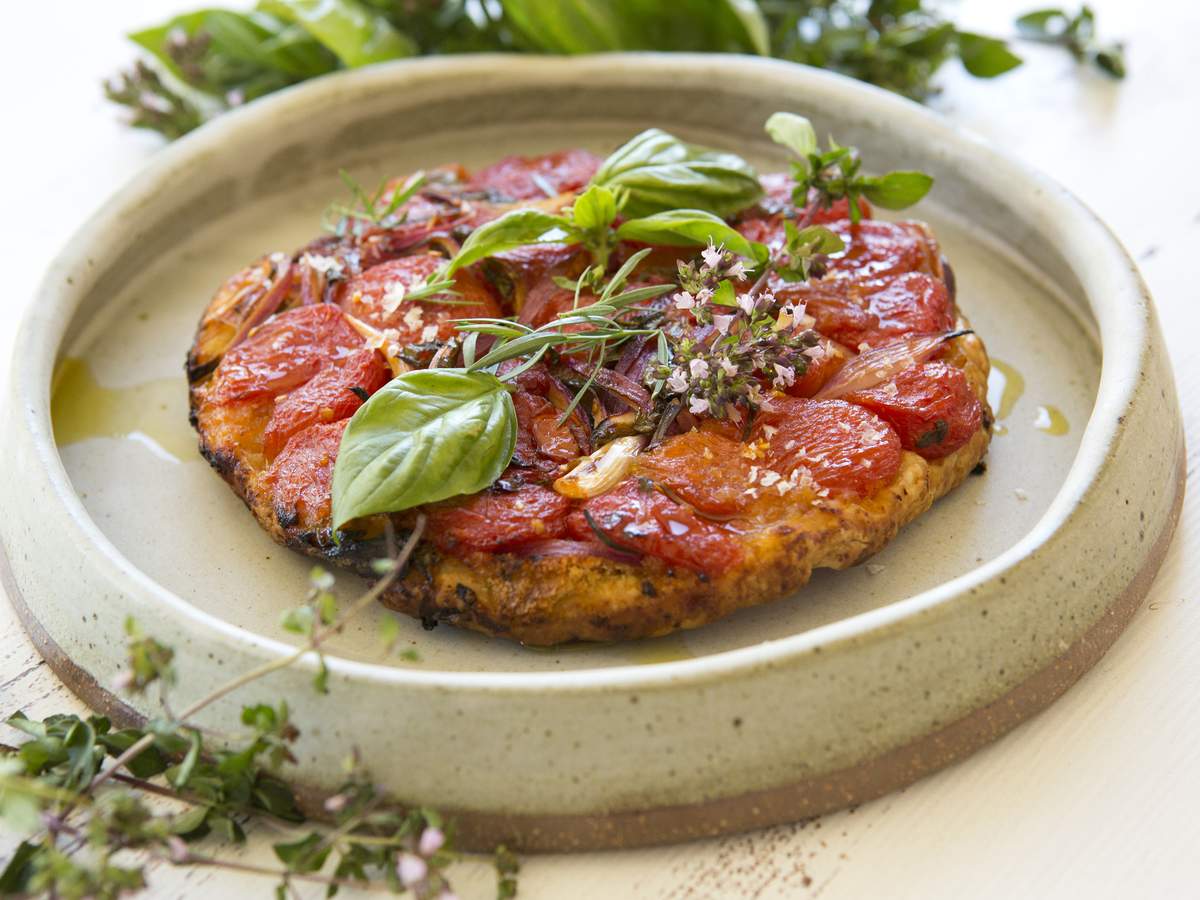 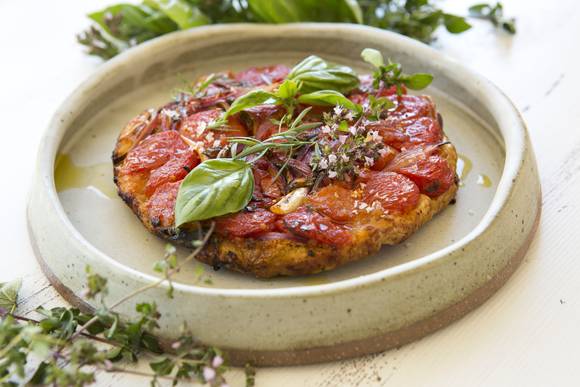 Step 2: Place a medium size pot of water over high heat and bring to a boil.

Step 3: Cut a small cross in the top of each tomato and quickly blanch the tomatoes in the boiling water for thirty seconds, which will help to remove the skins.

Step 4: Remove tomatoes from boiling water and place them in a bowl of iced water to stop them from cooking.

Step 5: Remove the tomatoes from the iced water and carefully peel off the skins. Once they are cool, scoop out and discard the seeds with a small spoon, being careful to keep the shape of the tomatoes.

Step 6: In a small mixing bowl, mix together the Vino Cotto, sugar, and Extra Virgin Olive Oil with the roughly chopped herbs and a small pinch of salt and pepper.

Step 7: Add the tomatoes and sliced red onions and gently stir to coat them in the mixture.

Step 8: Line the base of a 14 cm springform cake tin with baking paper and oil the sides.

Step 9: Place the tomato mixture in the bottom of the pan, packing tomatoes as close to each other as possible with the presentation side of the tomatoes facing down.

Step 10: Crumble the fresh breadcrumbs over the tomatoes as this will help to absorb moisture from the tomatoes when cooking.

Step 11: Layout the puff pastry sheet and cut out a circle that is about 2 cm wider than the base of the cake tin.

Step 13: Gently beat the egg in a small mixing bowl and then brush it onto the top of the pastry.

Step 14: Place into the preheated oven and cook for 25 minutes or until pastry puffed and golden.

Step 15: Remove from the oven and carefully invert the tart gently onto a baking tray lined with baking paper and then remove the cake tin. Increase the oven to 220C.

Step 16: In another small mixing bowl, Mix the Vino Cotto & Extra Virgin Olive Oil for the glaze, then gently brush over the tomatoes.

Step 17: Return the tart to the oven cook for another ten minutes until the tomatoes and onions are starting to caramelise.

Step 18: Remove from the oven and allow to rest for ten minutes, then drizzle with Extra Virgin Olive Oil and fresh herbs. Cut and serve.