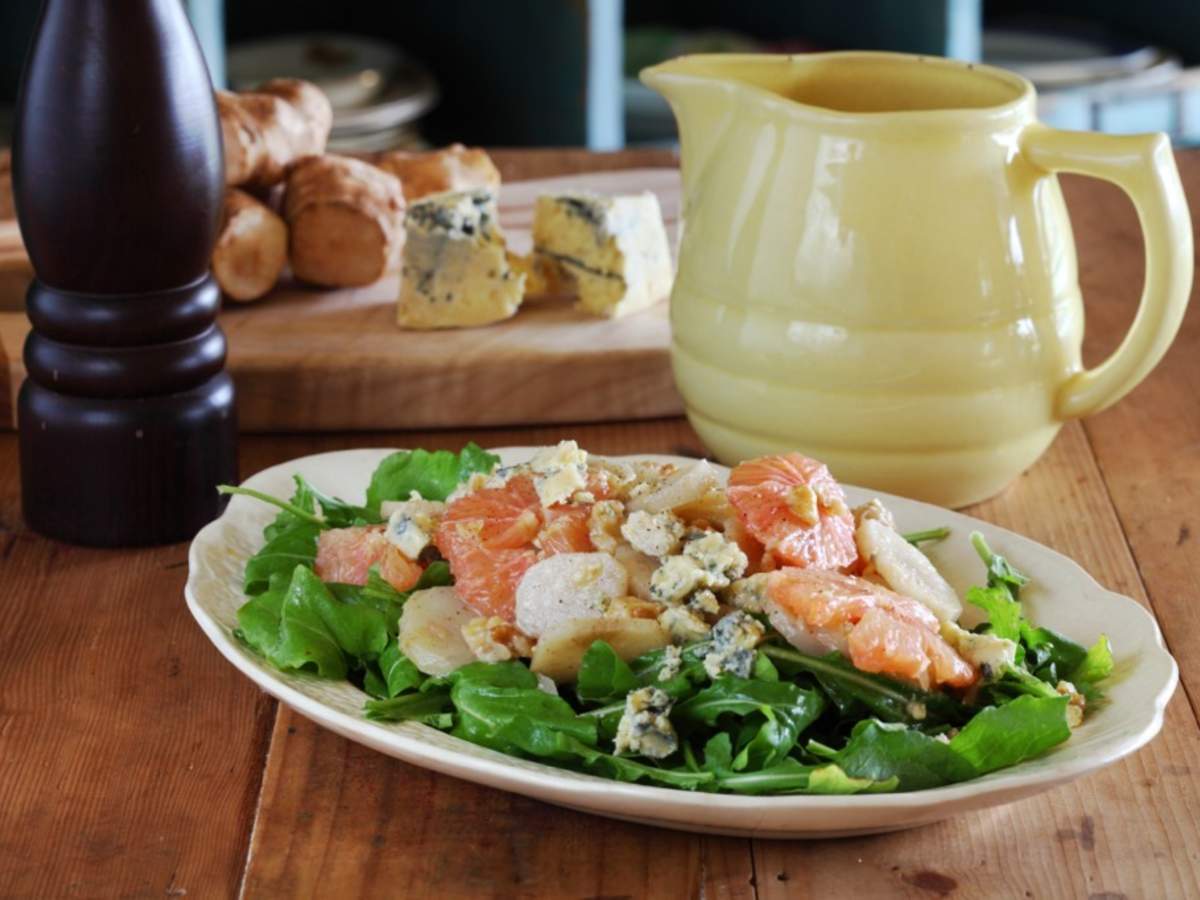 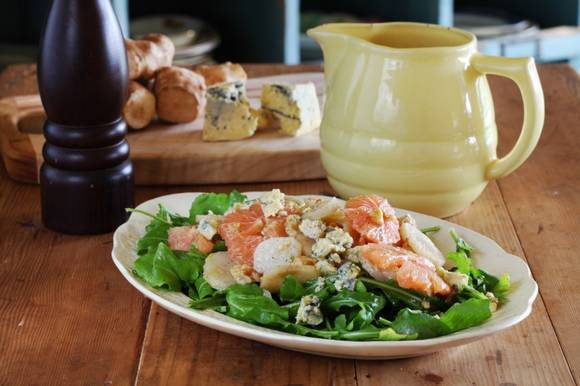 Step 2: Place the walnuts on a baking tray and roast for 5 minutes or until golden, checking them frequently to make sure they don’t burn. Immediately wrap in a clean tea towel and rub to remove the skins.

Step 3: Shake the walnuts in a sieve to get rid of the skins, then set aside to cool.

Step 4: Melt the butter in a frying pan over high heat and cook for 2 to 3 minutes until nut-brown, adding a splash of oil when the butter starts to bubble to prevent it from burning.

Step 5: Add the Jerusalem artichoke, reduce the heat to medium and saute for 5 minutes or until just cooked through and lightly golden.

Step 6: Increase the heat to high, add the Verjuice and cook, stirring, for 45 seconds or until the Verjuice has evaporated and the artichokes are glazed, then transfer to a bowl.

Step 7: To make the vinaigrette, place the Verjuice in a bowl and season with salt and pepper. Slowly mix in the walnut oil, whisking to combine. Taste and adjust the seasoning.

Step 8: Add the walnuts, grapefruit, gorgonzola, rocket and some of the vinaigrette to the bowl with the Jerusalem artichoke, and toss to combine thoroughly.

Step 9: To serve, divide the salad among four plates. Drizzle the remaining vinaigrette over, and scatter with micro herbs (optional).