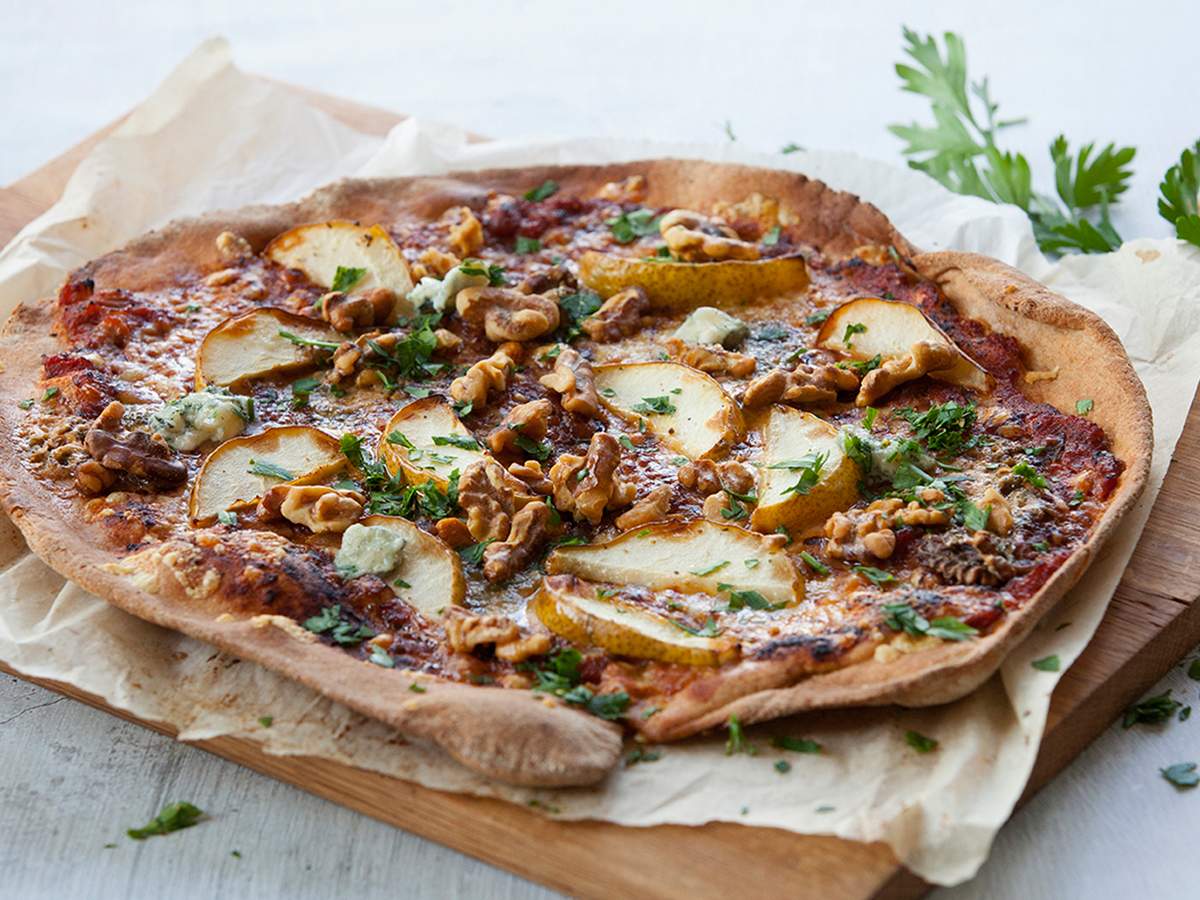 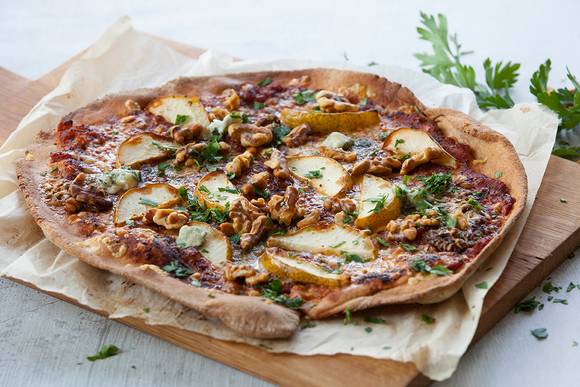 Step 1: In a large bowl mix warm water, honey, yeast, and one cup of spelt flour. Cover the bowl with a clean tea towel and leave to stand for 20 minutes, until the mixture has small bubbles on the surface.

Step 2: Stir in the remaining flour, Extra Virgin Olive Oil, and salt. Pour the mixture into the bowl of an electric mixer fitted with a dough hook, and mix on medium for 5 to 6 minutes or until the dough is soft but still loose.

Step 3: Remove the dough and place it into a clean bowl, lightly oiled with Extra Virgin Olive Oil. Cover the bowl with a tea towel and leave until the dough has doubled in size, this should take about 1 1/2 hours.

Step 4: Knock back the dough with your fingers until it collapses to its original size.

Step 5: Roll the dough into two equal-sized balls and roll each ball into flat circles on floured baking paper, rolling them as thinly as possible.

Step 6: Leave the rolled pizza dough covered with a tea towel for 5 to 10 minutes to rest. The dough will rise again to about 5 mm thick.

Step 8: Place a pizza stone or baking tray in the preheated oven for 10 minutes to heat up.

Step 9: Spread half the Tomato & Basil Sugo over each pizza base using the back of a spoon, leaving a small gap at the edge of each pizza.

Step 10: Sprinkle the mozzarella over the base. Core and thinly slice the pears and brush them lightly with Verjuice to stop any discolouration before placing them on the pizzas.

Step 11: Crumble the gorgonzola onto the pizzas, drizzle with Extra Virgin Olive Oil and season with cracked black pepper.

Step 12: Carefully transfer the pizzas onto the preheated pizza stone or baking trays and bake for 10 to 15 minutes, or until the bases are crisp and golden.

Step 13: Remove from the oven and add some flat leaf parsley, gently crumble over the walnuts and drizzle with Extra Virgin Olive Oil.

Spelt Pizza with Gorgonzola, Walnut and Pears appears in